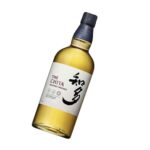 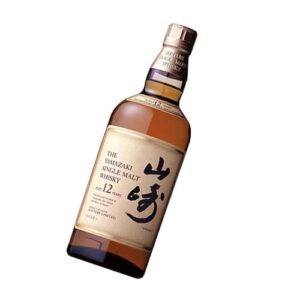 Intense gold in colour. It is a grain-based corn whiskey, with a faster maturation than malt whiskeys, with cardamom aroma, acacia honey and rose flower. Besides being notable for its elegance, capable of offering sweet and sour subtle notes of spicy oak it is especially very light and perfect to begin to enter the world of whiskey.

In 1972 Suntory decided to create his first grain whiskey. He named it honoring the Japanese peninsula Chita . And to create it, they continued with the classic Japanese style : looking for the perfect maturation. The recipe is a creation of Keizo Saji , Suntory’s second Master Blender, who was inspired to follow the vision of Shinjiro Torii . The idea, create a whiskey that reflects the Japanese craftsmanship and nature. To this end, Keizo created the Chita distillery on the coast of the homonymous peninsula. The distillery uses corn grain and a continuous distillation process with multiple columns . Thus, they create the three different types of grain whiskey that will give rise to The Chita. On the one hand, it produces a strong grain spirits distilled in two columns . Then a medium grain spirits distilled through three columns . Finally, the spirits softer, distilled through four columns. Some of these whiskeys are intended for the production of Suntory blends. The Chita grows old in three different types of barrel . On the one hand, American oak bourbon barrels . It also uses Spanish oak barrels and European oak barrels that have contained wine. Shinji Fukuyo , Suntory’s fourth Chief Blender, describes The Chita as a great whiskey, rested and quiet. The serenity of Japanese whiskey as the misty and calm sea of ​​the Chita peninsula on a day of elegant stillness.