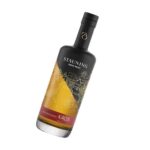 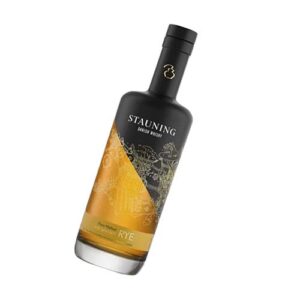 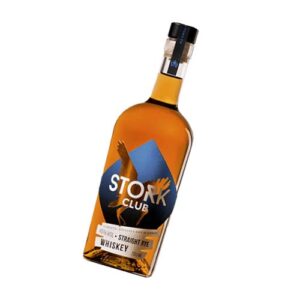 Lightly smoked, spicy and sweet, a whisky with complexity and structure. The bouquet shows cereals, chocolate, oak, caramel, cinnamon and bonfires. A taste like a smoked chocolate bar with a palate of nougat, caramel, liquorice, sweet apple and oak. A long smoky aftertaste with vanilla, orange, tobacco, dried red fruit and more oak on the finish.

A remote village on the West Coast of Denmark, nine friends (a doctor, a butcher, a teacher, a helicopter pilot and four engineers), two small pot stills and an old butchery. The founders of Stauning Whisky didn't have much when they started out in 2005. Least of all, any knowledge of whisky-making, but they shared passion, curiosity and the will to experiment and create. However, they had the land around them: The wind, the sea, the fields, the heather and the peat. And some of Denmark's finest water. What could possibly go wrong? Having next to nothing, the nine friends had to find their own ways to achieve their vision: A 100% Danish whisky, one which reflected the place and could stand comparison to the finest from around the world. Now they could use the same equipment as every other distillery. But they didn’t. What started as a necessity in the abattoir had now formed into a philosophy. Stauning not only reflected its origin, but also the mindset of its founders. They stuck to their own ways. Locally grown rye and barley, floor-malting and small fire-heated pot stills was – and still is – the secret behind the distinctive character of their New Nordic terroir whisky.