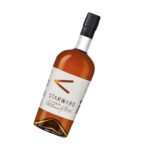 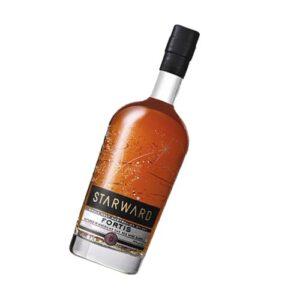 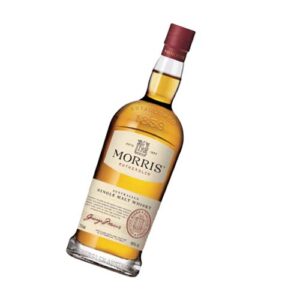 For their Left-Field, Starward wanted to create a whisky which was approachable. This is a versatile single malt which retains all the hallmarks of Starwards distinctive maturation in Australian red wine barrels. They bring together the finest Australian Barley and red wine barrels, which come from the famous wine regions of Barossa Valley and Yarra Valley. Unique to the Left-Field whisky, they use only 100% French Oak, which gives a rich and spicy mouth-feel. It also enhances the inherent complex oak flavours, whilst ensuring the delicate wine flavours still come through. The bouquet contains soft aromas of tropical fruits, red apple skins, and fresh red berries which are all warmed by vanilla spice. Bright tropical fruits come through on the palate, with a deliciously rich and fulfilling mouthfeel containing lightly toasted oak. It has a soft and delicate finish.

The beginnings of the Starward are like any good traveller’s tale. David Vitale needed a new frontier. After 8 years developing his e-learning business in Melbourne he wanted a change. Looking for a quieter life, David moved to Tasmania with his fiancé. David initially wanted to create an organic brewery. But a chance meeting at a micro-distillery captured David’s imagination for whisky and led to a handshake agreement to return to Melbourne and start a new distillery with some local investors. That was 2004. As with most early stage start-ups, it has been a white-knuckled experience, but through determination and a certain amount of luck, Starward has arrived. Now in it’s fourth year of production, our distillery has evolved into one of Australia’s leading producers of premium whisky. Just like the country in which its made, Starward is youthful, rich and bright. It’s a testament to our team, built around a simple vision of offering the world an exceptional modern whisky. Starward began with a simple vision: offer the world a modern whisky unshackled from tradition. Working with Australian barley and barrels we have adopted, adjusted and re-adjusted distilling and maturation techniques from around the world – continually observing the influence of time, place and the natural elements. Starward borrows from the past without being constrained by it, and combines it with the best Australia has to offer: our barley, our barrels, and our climate. This world class malt is a true reflection of the place and people who make it.