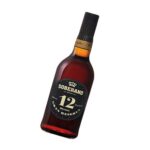 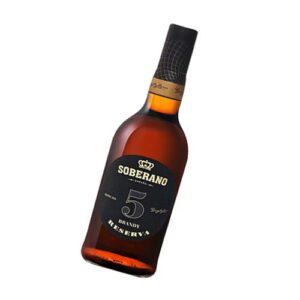 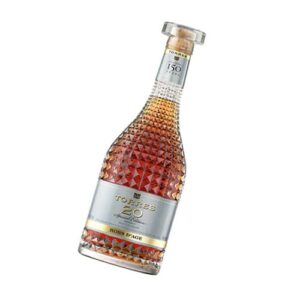 Rich mahogany in colour with amber-copper tints. The bouquet has a gentle, full, slightly sweet flavour with hints of vanilla, nuts, caramel and chocolate notes of oak and balsamic. Velvety texture and a long aromatic aftertaste underline the elegance. The palate brings hints of spice and wood, caramel, leather and dried fruit. Exceptional on the subtle, velvety finish.

In 1835, 23 year-old Manuel Maria Gonzalez Angel reached Jerez prepared to forge his way in the prosperous and thriving sherry business. Encouraged by the continuous development of sherry exports, that year he acquired a small cellar and began to prepare and export his own wine. Shortly after, due to the growing success of his company, Manuel decided to form a partnership with Mr Robert Blake Byass, his agent in England, which gave rise 35 years after foundation and many name changes, to the Gonzalez Byass Company. He was lucky to receive wise counsel from his uncle, D. Jose Angel de la Pena, who was later to be immortalized as the world famous Tio Pepe.