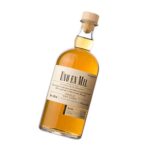 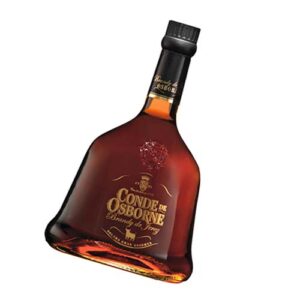 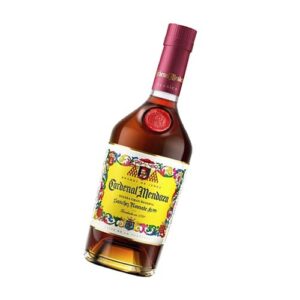 Light, golden in colour - about as elegant as Brandy de Jerez gets. The bouquet shows some burnt sugar, spice, vanilla and oaky notes. Subtle and clean on the palate evoking white wine notes with attractive vanilla touches accompanying golden sultana, Crème Brûlée and a touch of pepper on the finish.

Sánchez Romate Hnos SA first started releasing brandy in the late 19th century. The firm now has over 100 years of brandy-making experience. Regulated under the strict auspices of the Consejo Regulador - the Brandy de Jerez regulatory body - and the even stricter controls of the bodegas of Sánchez Romate Hnos SA itself, the Cardenal Mendoza brand surpasses these regulations with ease, making it one of the greatest and most sought after brandies in its category. Cardenal Mendoza is still made according to the unique traditions specific to Jerez de la Frontera.The first stage in ageing Cardenal Mendoza is to run the new spirit into special 250 litre American oak casks for two years of static ageing. It is then introduced to the dynamic ageing that makes Brandy de Jerez so unique the system of criaderas y soleras. For Mendoza this means 500 litre casks, which have previously been used for ageing pedro ximénez (PX) and old oloroso wines. The spirit is then continuously blended though the solera process for many years, until it is drawn off for bottling. Cardenal Mendoza Carta Real has been created with the purpose of satisfying the most demanding brandy consumers. In 1981, with its eyes set on the new millennium, Sanchez Romate Hnos. set aside a reserve of "Cardenal Mendoza". This brandy has remained under the constant attention of its foremen since then. Time has created a unique brandy. The presentation of the brandy is sober and elegant like a "Carta Real" (royal letter).