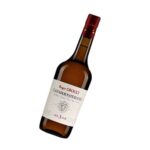 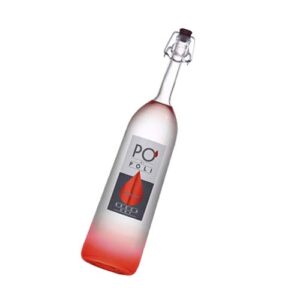 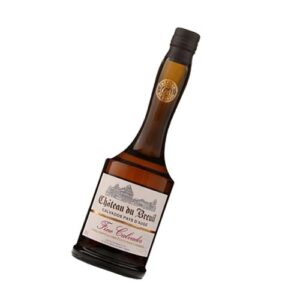 Pale gold in colour. The 3 years old, enjoy the Calvados in its simplest form. It has a pronounced bouquet of apples. The 3 Year Old Reserve has pure fruit aromas of fresh apples with a soft mouthfeel, nuts apples and a clean fresh mouthfeel. A beautiful aromatic intensity with freshness on the finish.

Family Groult has been based at ‘Le Clos de la Hurvani’ since the 18th Century. Originally, the main activities of the domain were livestock farming and dairying. Pierre. Groult (1830-1918) started to distil cider around 1850. But at that time Calvados and cider were intended to family and farm workers consumption. Encouraged by the award of a gold medal at the agricultural show of Lisieux held on 30th July of 1893, he began to develop that activity. He increased the stock of Calvados with the purchase of a small alembic pot-still and the building of his ageing cellar at the end of 19th Century. His son L’Groult (1874-1923) succeeded him and founded his own ageing cellar to address the increasing demand of Calvados. Roger Groult (1905-1988), son, developed the production. He took over the family business at a very young age. Thanks to the high quality of the Calvados his ancestors and himself produced, he won many gold medals and prizes of honour from 1934 to 1948. In 1950 he enlarged the family distillery purchasing a third alembic potstill. In 1975 Roger Groult and his children formed a company, S.A. Calvados Roger Groult, intended to production and sale of Calvados. Jean-Pierre Groult (1946-2008), Roger’s son, took over the company one year later. The company creation enabled him to buy apples from local producers and so increase the production. He built in 1980 the two largest cellars of the domain to stock and age more Calvados.