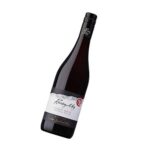 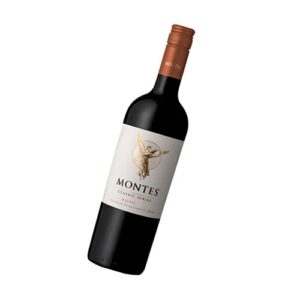 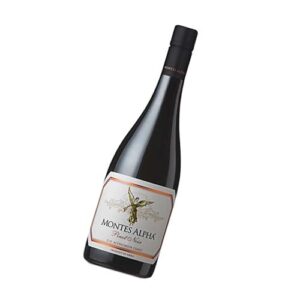 The bouquet highlights the warm season with lovely perfumed blackberry and dark Stella cherry fruits along with a hint of spice, adding complexity. The palate has a sweet berry entry which displays these same characters in abundance. Lovely ripe textural tannins rise gracefully out of the mid-palate. These are balanced by the vibrant acidity and fruit, to produce a long fruit-driven finish.

n the late 1990’s the owners of five newly-planted vineyards in Bannockburn, Central Otago, shook hands and became Mt Difficulty Wines. The handshake bound the owners of Molyneux, Mansons Farm, Verboeket Estate and Full Circle until 2004 when Mt Difficulty Wines Ltd was formed, and the majority of the individual vineyards passed into the ownership of the company. As a result, Mt Difficulty Wines now owns some of the oldest vineyards in the Bannockburn sub-region of Central Otago in New Zealand’s rugged South Island. The vine age gives our wines, particularly the Pinot Noirs, extra complexity and concentration. The Bannockburn area is internationally recognised as one of the few places in the world outside Burgundy where the pernickety Pinot Noir variety has found a home. Parts of New Zealand and cooler areas on the western seaboard of the United States are the only other regions where Pinot Noir seems to truly flourish. The unique microclimate of the Bannockburn area is partially created by the presence of Mount Difficulty which overlooks the southern Cromwell basin, and is the namesake of Mt Difficulty Wines. The philosophy of Single Vineyard wines is to display the unique characteristics that are particular to their site. With such a mixture of soils, microclimates and grape clones the difference in the wines from each vineyard site is quite noticeable and significant. Mt Difficulty has harnessed the once brutal terrain to produce premium wines at the forefront of Central Otago’s wine production – The essence of Central Otago… a reflection of place.