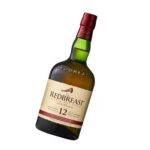 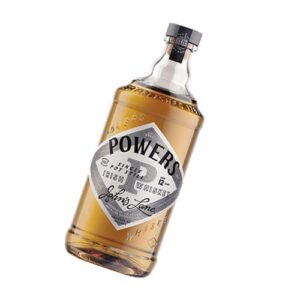 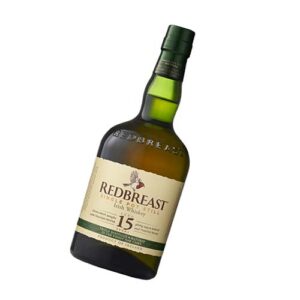 Very heavy on the bouquet initially, with all-spice, dark honey, dried apricots and damsons. The palate shows sweet cereal notes hit the palate first, followed by a very juicy fresh fruit salad (apples, bananas and a hint of tropical fruit, similar to an aged grain whiskey). Creamy swathes, which linger on the palate and a return of some of the fruity notes on the finish.

Irish Distillers was formed in 1966 following the merger of three of the great Irish Whiskey distillers, namely John Jameson & Sons, established in Dublin in 1780; Powers & Sons, who were founded in Dublin in 1791 and the Cork Distillery whose origins date back to 1825. Though steeped in history, around the time of the merger the future of the Irish Whiskey industry was under doubt. To survive and hopefully prosper, the newly formed company decided there was nothing for it but to close its existing distilleries in Cork and Dublin and consolidate production in a new, purpose-built facility located alongside the site of the old distillery in Midleton, Cork. The relocation eventually heralded in an era of success and growth that continues to this day. In time it also gave the original and historic Jameson and Midleton distilleries a new and exciting lease of life. John Jameson founded his whiskey distillery in Dublin in the year 1780. All the craft of the centuries-old tradition of making Irish whiskey is used to produce Jameson. From the rich countryside of Ireland come nature’s finest barley and crystal clear water. These natural ingredients are carefully distilled 3 times, and slowly matured for long years in oak casks to create the natural, smooth whiskey that is Jameson. Redbreast is a very special whiskey within the Irish Distillers fortified as it’s the only 12 year old Pure Pot Still available. This pure pot still whiskey is matured for a minimum of 12 years in sherry casks and Bourbon barrels. Like all good pot still whiskeys, it is strongly flavoured and assertive, making it a rare treat for the connoisseur of fine old whiskey.