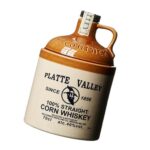 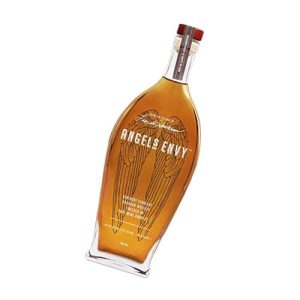 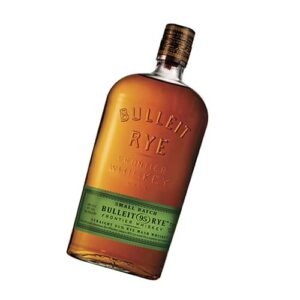 Add to wishlist
Only 1 items left in stock!

A good whiskey can be hard to find...until now. Introducing the original Platte Valley, an authentic American Corn Whiskey. Smooth, complex and full of character, Platte Valley offers a premium taste that could only come from more than 150 years of whiskey making experience. Pale yellow with green highlights. The bouquet shows fresh, minty, spicy (pepper, nutmeg). Reveals the sweetness of corn and fine vanilla. The palate is oily, unctuous. Confirms the bouquet, velvety, stewed fruit (pear, plum). Plant (corn cobs). The finale is creamy. It evolves delicately on corn, vanilla and pecans. A true expression of the South, this small batch is hand-crafted in ceramic jugs with a cork finish.

The distillery, which is is one of the Kansas City-area's oldest locally based businesses, was founded by Ben and David Holladay in 1856. They chose the site because of the limestone springs on the property, which is important for the production of whiskey. Today, the property is on the National Register of Historic Places as the oldest, continuously running distillery on its original site west of the Mississippi River. The facility produced whiskey for about 130 years, but in 1985 the owners at the time moved whiskey production to another facility that could manufacture it more cost effectively. During the past 30 years, all the distilling equipment has remained untouched in the original distillery building. Now, the new owners are resurrecting the operation, installing new stills, fermenters and everything else to once again produce whiskey, with the same water, locally produced grain and processes used when the distillery was originally founded. Made in Missouri in the purest tradition of Corn Whiskey, Platte Valley is distinguished by its aging in oak barrels used for a period of 3 years. Presented in a traditional stoneware jug, he embodies the rural style of American whiskeys.