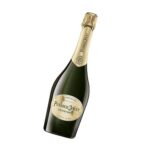 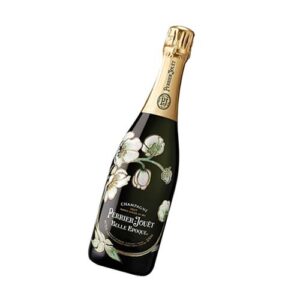 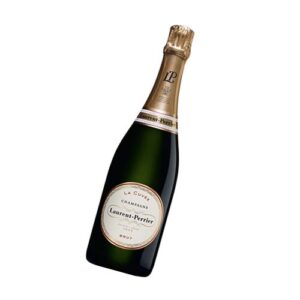 A luminous golden yellow in colour. The bouquet shows aromas and flavours of tropical fruit, citrus, spice and toastiness. The fine, persistent mousse accents the exceptionally fresh aromas with floral and fruity variations. The elegance and finesse of an unwavering style. This elegant, complex, crisp and balanced Champagne features lingering flavours of fresh apples and lemons.

Perrier-Jouët was established in 1811 by Pierre-Nicolas-Marie Perrier, adding the maiden name of his wife, Ad le Jouët, to name the house. They established themselves in the town of Épernay, and set about building up their brand and exploring foreign markets; by 1815 they were already exporting wine to England, and within a few more years they added the USA to their list of export destinations. Such success obviously led to a greater demand for their wines, and the family were soon acquiring or planting new vineyards in Aÿ, Avize, Cramant, Mailly and elsewhere. Many were planted with Chardonnay, bringing a delicacy to the Perrier-Jouët style, a style said to have been favoured by Pierre-Nicolas-Marie, and a trait that can still be found in the wines of Perrier-Jouët today.