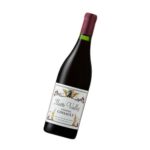 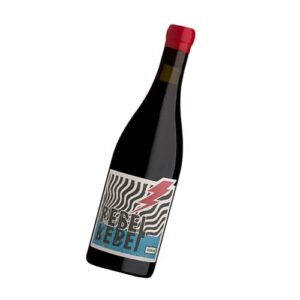 Garnet red in colour, with purplish nuances. The bouquet shows a deep perfumed lift of red and black cherry fruit and a delicate aromas of grilled herbs and wood smoke. The palate brings silky tannins, cherries, strawberries, ripe fruits, a hint of spice and a sun-soaked savouriness. Fresh and vibrant on the finish.

Historic Natte Farm sits at the lower slopes of the Simonsberg mountains in Stellenbosch. Once famed for its brandy, the farm was bought by the Milner Family in the late 60’s who took up the vines, laid paddocks and bred racehorses. The estate returned to its winemaking roots in 2005, winemaker Alexander Milner describes the current project as an exploration of the Cape Winelands. When Alexander studied winemaking in Stellenbosch, he was told not to bother learning the chapter about Cinsault, an attitude he found bizarre as it was once a foundation of the wine industry in South Africa, and is well adapted to the region. His appreciation for the grape grew while working at Domain de Trienne in Provence, he calls it calls 'the poor man's Pinot Noir' because it has a similar ethereal lightness, and responds closely to its site. He was convinced that he could make equally delicious Cinsault back home.