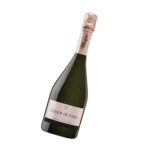 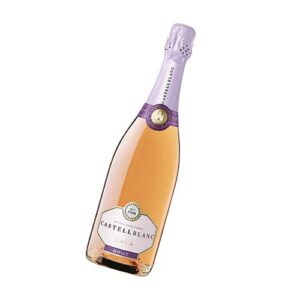 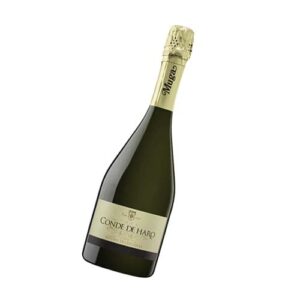 Bright, pale salmon-pink colour. The bouquet shows a complex aromatic intensity, with aromas of exotic fruit, citrus notes of grapefruit bringing fresh vibrant acidity, stone fruit like peaches and even a few reminders of the baker’s shop. A slightly sweet palate evolving into fresh, vibrancy. A pleasant mouth-feel thanks to the finesse of the bubbles and the work with the lees during the riddling process. The finish brings aromatic complexity we found on the bouquet returns with outstanding fruit aromas.

The history of Bodegas Muga is intrinsically linked to that of the Muga family itself. Bodegas Muga was founded in 1932 by Isaac Muga and his wife, Aurora Caño, both of whom came from families with a long tradition of activity within the wine-making industry. Over the years, Muga wines have gained international recognition and acclaim. The Bodegas Muga vineyards are situated on the east and south-facing slopes of the Obarenes Mountains, which are sculptured into terraces to form a series of small plots. The soil in this region is mainly clayey and calcareous, although some regions tend to be more ferrous and alluvial. The land is divided into small plots with varying physical and chemical properties and their own individual and clearly defined personalities. This aspect is particularly important with regard to Tempranillo grapes, in which the characteristics of the soil have a marked influence on the final flavour of the wine. The vineyards of Bodegas Muga are located in the northern region of the province of La Rioja, in the Oja and Tirón river valleys in the sub-region of the Qualified Designation of Origin known as La Rioja Alta. The River Oja Valley (RIOJA) enjoys a unique climate, not only as the result of its geographical location and orientation, but also due to its surrounding climatic influences. Mediterranean, Atlantic and Continental climatic elements combine harmoniously to create ideal conditions for growing high quality grapes. This plethora of soil-based and climatic influences are centered on an area with a radius of barely 20km, where long growth cycles ensure that grapes and all their components reach a delicate, prolonged and complex state of ripeness which is, without a doubt, the key to the region's potential for producing some of the world's most exquisite wines.