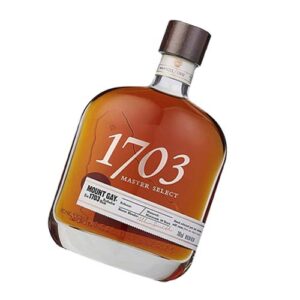 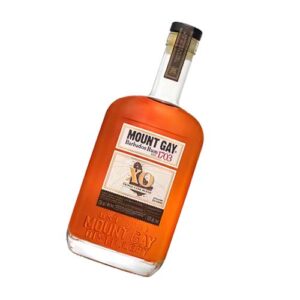 Deep brass / polished copper in appearance. The b ouquet shows a rich aroma offers up scents of dilute molasses along side banana cake and hints of over ripe pineapple. A silky, light opening builds into a light to medium bodied rum profile with semi sweet spice and banana cake flavours followed by a hint of menthol. Notes of light, less sweet with a subtle dried banana notes towards the finish.

The Mount Gay Rum Estate lies on a ridge in the northernmost parish of Barbados (St. Lucy). In the 1600's this spot was known as Mount Gilboa and was divided into several small, separately owned sugar plantations. They were named after their respective owners: Tyrell, Jemmott, Jones, Pickering and Grey. Then, in the early 18th century, William Sandiford bought most of the land, consolidating it into a 280 acre plantation he renamed Mount Gilboa. It was passed on to his son, who sold it in 1747 to John Sober. Sober and his son Cumberbatch were both absentee landlords, spending most of their time in England. By 1787, Cumberbatch needed someone to manage the affairs of the flourishing Mount Gilboa estate. He chose his good friend, Sir John Gay Alleyne. In 1801, after Sir John's death, Cumberbatch honoured his friend by renaming the plantation Mount Gay Rum (a Mount Alleyne already existed at the time). The Sober family continued to run the property until 1860. Black Barrel has a higher proportion of double distillates and, after selection by master blender Allen Smith, produced from sugar cane molasses and water filtered through the coral heart of the island, Mount Gay Black Barrel boasts double pot distillation and a second maturation in bourbon oak barrels.