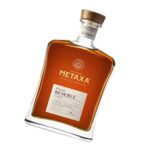 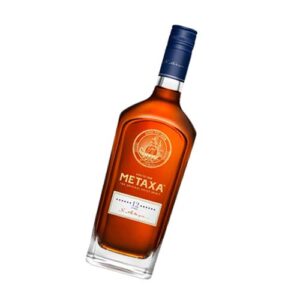 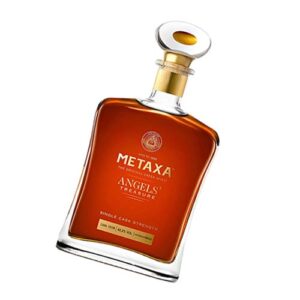 Metaxa Private Reserve is the oldest and the most distinguished member of the Metaxa family. Its deceptively simple, stylish design reveals its rich character with all the confidence of age. The gloriously dark, amber colour contains Metaxa’s most exquisite and oldest distillates, with an average age of 20 years and some as old as 30. These combine to produce an outstanding spirit with a delicate boquet and a mellow palate. Very well balanced, fully aged and respectful.

The House of Metaxa was founded by a Greek merchant and entrepreneur named Spyros Metaxas, born on the island of Euboea. He created the first Greek brandy and was involved in the foundation of the first distillation facility in 1888, a little over 50 years after the Greek War of Independence. This drink is often mistaken for a brandy, though it is actually a bit more complex than that. Starting off as a brandy, Metaxa is produced from locally produced Savatiano, Sultanina and Black Corinth grapes, then distilled twice to be sweetened later on with aged muscat wines from Leros and Samos and then blended with a secret botanical mix. At this stage, it is aged in hand-made oak barrels. Marketed as ‘the smoothest amber spirit under the sun’, Metaxa is very flavorful, with a touch of sweetness and citrus notes.