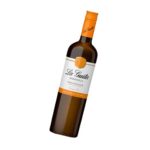 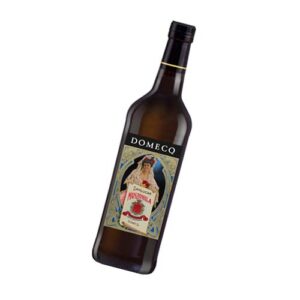 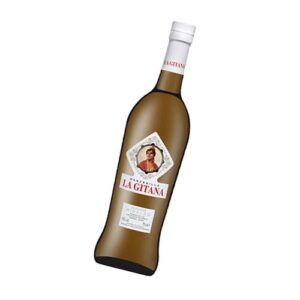 The colour shows gold with easy green shimmer very freshly based on the permanent intensively of the fruit. Clear and fresh on the bouquet with the unmistakable green apple aroma and salty tang of Manzanilla. The palate is concentrated yet thoroughly refreshing; bone dry and savoury, with notes of almonds and a long, satisfying finish.

The brand name LA GUITA comes from the fact that the founder always asked those interested in buying it: “Do you have guita? “Guita” being an old Spanish slang word for money, in addition to meaning cord. And so, people began to call the winery by the name of “La Guita”. Later on, to strengthen the brand name, a piece of cord was added to the bottle. The LA GUITA brand has been registered since 1908. In 1917, the company changed its name to “Rainera Pérez Marín” and in 1928 to “Hijos de Rainera Pérez Marín”, the name which it still maintains today. Hijos de Rainera Pérez Marón is the only winery in the Marco de Jerez region dedicated to the aging, bottling and marketing of a single Generoso wine: LA GUITA.