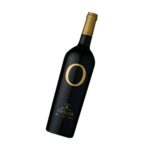 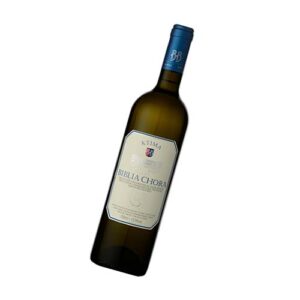 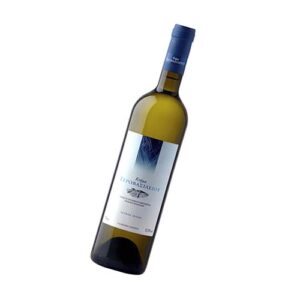 Pale yellow in colour with green hue. The bouquet shows expressive aromas of apricot and honey on elegant layers of tropical fruit and citrus, all amplified by scents of nuts and vanilla. The palate is rich in texture, this stylish aromatic wine is delicately balanced by a refreshing palate that leads into a complex finish.

Ktima Biblia Chora, built in the hills of Mount Pangeon, is the guardian of a great Greek legacy of grape pressing and winemaking that goes back to the Neolithic period (cc. 4300 AD) as evidenced by the archaeological artefacts found at the prehistoric tell settlement of Dikili Tash in the fertile Philippi valley. The ancient winegrowing heritage and the ideal soil and climatic conditions caught the attention of winemakers Vangelis Gerovassiliou and Vassilis Tsaktsarlis. It inspired both men to establish a new estate in Pangeon, which they decided to name 'Ktima Biblia Chora' (ktima means: estate) after the reference in ancient writings, as suggested by Dr. Stavroula Kourakou Dragona. In 1998 the estate’s first vines were planted, covering an area of 7ha. The construction of the modern winery began in June 2001 and the first wines of Ktima Biblia Chora were vinified that same year.