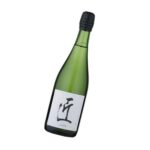 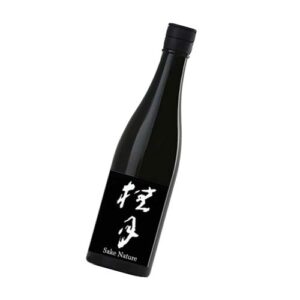 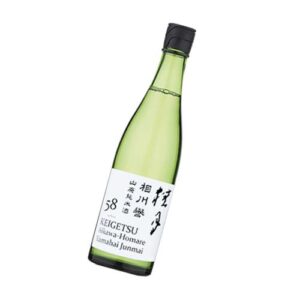 The sparkling “John” sake was made for Mr. Matsumoto’s good friend John. It is made with Gin no Yume rice as a Junmai Daiginjo (50% polish) before it is made sparkling with Co2. The sake is crystal clear with aromas of peach and cherry blossom on the bouquet propped up by lively bubbles on the palate and a bone dry finish.

Sakes have been made by the family-owned Tosa brewery since 1877. It is currently run by Muneki Matusmoto (of the sixth generation) who still uses the original brewery 138 years later. It is situated in the beautiful mountainous region called Tosa Ryohoku in the Kochi prefecture. The name of their range, ‘Keigetsu’, is a Japanese term which describes the beautiful evening scene created when the moon hangs over Katsurahama shore. Keigetsu sakes are made from organically-grown local rice varieties (Hinohikari and Gin no Yume) instead of modern rice varieties specifically developed for making sake, such as Yamadanishiki. This is because the brewery predates the development of many of the popular sake specific rice varieties. Mr. Matsumoto also believes that his local rice, grown within 2 km of the brewery, is best suited to Tosa because they grow well on their terraced rice paddies at 300-600 m above sea level which have high diurnal temperature swings. In addition to rice, they also produce a Yuzu sake from organic Yuzu fruit grown by Mr. Matsumoto’s relatives.