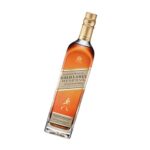 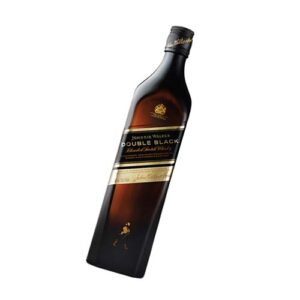 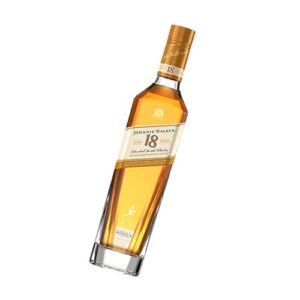 Big, soft-hearted bouquet with honeycomb notes, exotic spice, rose petal, butter, light wood and ozone. The palate is hHugely silky and ripe: a whiff of smoke, peach, mango. All very rich, waxy and long. The finish is soft, honeyed and gentle with some light smoke. It is voluptuous and deeply sexy...

John Walker was an impressive man, opening up his Kilmarnock general store at 14, as soon as he was tall enough to reach the register without whatever passed for phone books in the early 1800s. But it was his son, Alexander, who shaped his family’s future, and in doing so the future of the whisky business. After a disastrous flood in 1852 that obliterated John’s grocery stock, it was Alexander who suggested transitioning into the whisky trade full-time. With the local market saturated with distilleries, and Brandy being the preferred drink of classy Scots, Alexander launched his “Merchant Venture” system, loading up ship’s captains with the good stuff and cutting them a commission when they sold it abroad. If you can’t beat ‘em, circumnavigate ‘em, then beat ‘em. When the sap-sucking louse phylloxera ravaged French cognac vineyards, Alexander was one of the first to say, “You know, cognac lovers, Scotch is also pretty good.” Alexander spread his whisky closer to home by inviting London traders to Kilmarnock and showing them around the town’s excellent lace-curtain, carpet, and knitted ware production centers. Then, when they had reached the heights of frilly home décor ecstasy, he would introduce them to something men are actually supposed to enjoy. That signature square bottle? Alexander invented it as a measure to prevent breakage -- the tighter the bottles could be packed, the less they’d jostle, and the more people who didn’t live in Kilmarnock (most people) could enjoy. Alexander’s slanted label meant a bigger, distinctive logo that could be recognized at a distance. He trademarked it in 1876, which might sound pretty standard, but the law had only been around a few months at that point, and almost no one else even knew what a trademark was. By the time of his death in 1889, Alexander had taken the sixty feet of cellar his father had devoted to casks, and built a company that produced over 100,000 gallons annually to be shipped all over the world. But he wasn’t done yet because… Alexander Jr., his son, was an integral part of the 1909 commission that determined Scotch whisky could only come from Scotland, as opposed to Ireland, or Scottsdale.