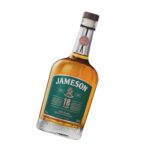 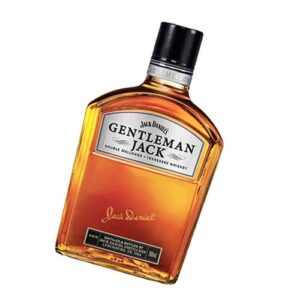 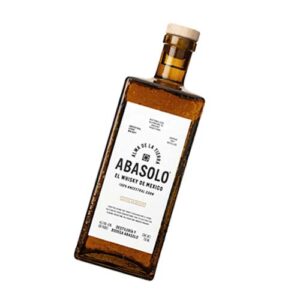 Jameson 18 Year Old Triple Distilled Irish Whiskey is a special blend of three whiskies that have each aged at least 18 years in hand-selected American bourbon and European oak casks in Jameson’s Midleton warehouse. As a result of its 18 year beauty rest, the whiskey’s bouquet opens with spicy oak and toffee, which is followed by more toffee and fudge notes on the palate, as well as subtle hints of sherry. Just before being bottled, the whiskey is finished in first-fill bourbon casks, which leads to a smooth, vanilla finish, brightened by previous notes of toffee and caramel.

Irish Distillers was formed in 1966 following the merger of three of the great Irish Whiskey distillers, namely John Jameson & Sons, established in Dublin in 1780; Powers & Sons, who were founded in Dublin in 1791 and the Cork Distillery whose origins date back to 1825. Though steeped in history, around the time of the merger the future of the Irish Whiskey industry was under doubt. To survive and hopefully prosper, the newly formed company decided there was nothing for it but to close its existing distilleries in Cork and Dublin and consolidate production in a new, purpose-built facility located alongside the site of the old distillery in Midleton, Cork. The relocation eventually heralded in an era of success and growth that continues to this day. In time it also gave the original and historic Jameson and Midleton distilleries a new and exciting lease of life. All the craft of the centuries-old tradition of making Irish whiskey is used to produce Jameson. Jameson Crested is a celebration of the first drops of whiskey that were bottled, sealed and labelled at the Bow Street Distillery in Dublin, marking the moment in time in 1963 when Jameson took full control of the whiskey making process, from grain to glass. Up until then, distillers – including the Jameson Distillery – sold barrels of whiskey to bonders to bottle themselves before selling on to Irish whiskey consumers.