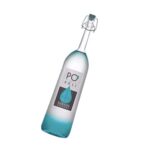 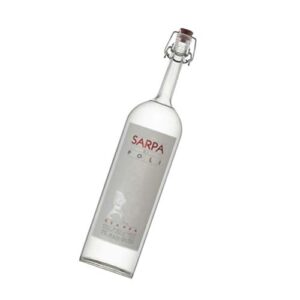 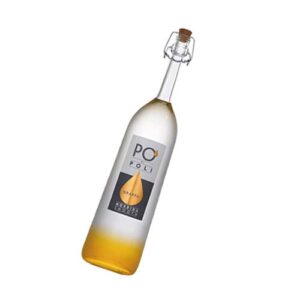 PO’ di Poli Elegante is a young Grappa, featuring an elegant, floral taste. It is made from the Marc from Pinot Noir, and Pinot Blanc grapes. The bouquet shows aromas of roses, lilies and gardenias, with a soft and velvety finish.

Poli Grappa began in 1898 as the hobby of one GioBatta Poli, a straw hat maker, a flourishing trade in those days, but his true passion was Grappa. He built a small still, put it up on a small cart and used to go door to door distilling pomaces – the skins of pressed grape. Giovanni inherited his father’s passion; he built a still by modifying a locomotive steam engine. Toni Poli, proudly rode, like a second Ligabue (an Italian painter), his red Guzzi motorcycle of the fifties ("…in Egypt there were no spare parts and the Eskimos almost killed me!" – he recalled his adventures). In 1956 he modified the original alembic for distillation we still use today. In his hands I saw the Grappa transforming and from a mere chrysalis becoming a magnificent butterfly. He was a very understanding person, too noble to be a successful businessman. It is from him that I learned that in order to win one must make sacrifices. So here I am, born in a still. I do hope I will be able to fill my forefathers’ shoes. Together with my siblings Giampaolo, Barbara and Andrea, I am determined to continue the tradition and to make people understand and appreciate the hard work, the constancy but, above all, that kind of love which is part of a distillate, a total love for our art, for our world, a love without which nothing would be possible.