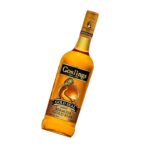 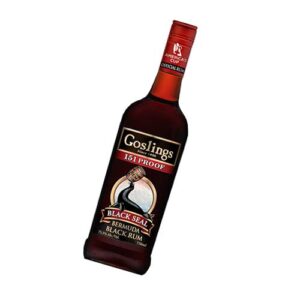 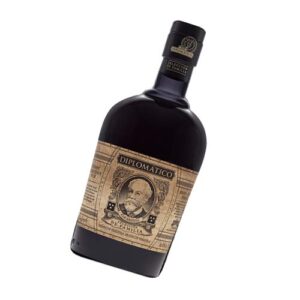 Golden honey in colour. The bouquet brings aromas of light vanilla, allspice, candied nuts, and mild alcohol that is inoffensive. The initial taste reveals a spicy sweetness up front with a light body. Flavours of buttery-toffee, vanilla wafers, and light brown sugar are revealed. A pleasingly warm and sweet finish fades into a delicate velvet spice parfait on the finish.

The history of Black Seal Rum® and the Gosling family began long ago. In the spring of 1806 James Gosling, the oldest son of William Gosling, wine and spirits merchant, set out from England on the ship, Mercury, with £10,000 of merchandise, bound for America. After ninety-one desperate days on a becalmed sea their charter ran out, and they put in at the nearest port, St. George’s, Bermuda. Rather than pressing on for America, James opened a shop on the King’s Parade, St. George’s in December 1806. In 1824 James returned to England and his brother Ambrose rented a shop on Front Street in the new Capitol of Hamilton for £25 a year. The Gosling’s have maintained a store at this location for 127 years. In 1857 the firm was renamed Gosling Brothers by Ambrose’s sons. Three years later the first oak barrels of rum distillate arrived in Bermuda. Three years later, after much trial and error, the distinctive Bermuda black rum destined to be Black Seal was formulated and offered for sale. They didn’t call it Black Seal at first. In fact, up until the First World War it was only sold from the barrel, and most folks brought in their own bottles for a 'fill up'. Eventually the black rum was sold in champagne bottles, reclaimed from the British Officer’s Mess, and the corks sealed with black sealing wax. Pretty soon people began to ask for the “Black Seal”. Many years later the idea of the little, barrel juggling “Black Seal” was born.