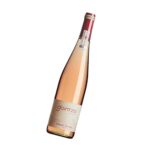 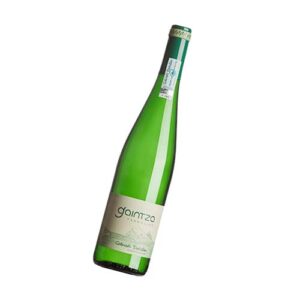 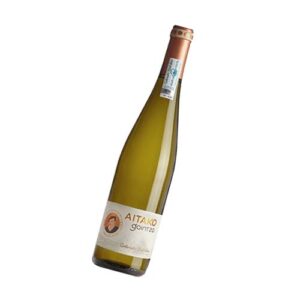 Pale peach with pink reflections. Presence of very fine bubbles due to the production process. The bouquet shows aromas of red fruits with intense fresh notes of wild strawberries, blueberries and cherries. Sweet and silky on the palate, balanced with its natural acidity that provides freshness and medium persistence. It has a light alcohol content and an expression of softness and freshness, enhancing the qualities of the local red grape.

From the DO, Getariako Txakolina, Gaintza is a family run wine producer that was established in 1923 by Jose Antonio and is located in the Basque Country in the north of Spain. Jose Antonio first purchased vineyards with the intention to make wines to share with his family, but later began to sell his wine to friends and people living in the surrounding villages. Jose Antonio's son, Joxe, continued wine production and fought to improve quality of Txakoli during a time when the wine had a poor reputation. Today, four generations later, Joseba runs the property. Gaintza have 25 hectares under vine in Getaria, a small town known for making traditional rather than modern Txakolis. The sloped vineyards overlooking the Bay of Biscay are planted with Hondarrabi Zuri, Hondarrabi Beltza and Gros Manseng. Hondarrabi Zuri is another name for Corbu Blanc, a white variety also planted over the border in Jurançon, while Hondarrabi Beltza is a black skinned grape variety that shares the same DNA parentage as Cabernet Franc.