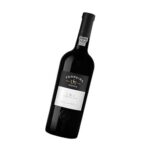 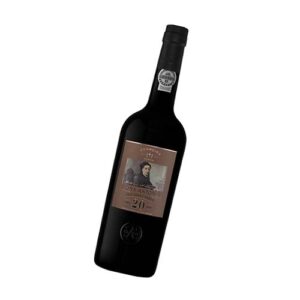 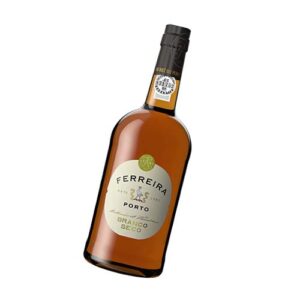 Porto Ferreira Late Bottled Vintage has a deep red ruby colour. Developed and aromatically intense, the wine’s bouquet harbours a strong presence of fully ripened red berries as well as subtle oak notes, such as cedar and tobacco box. The palate reveals its excellent harmony and complexity, firm and obvious tannins, and noteworthy flavours of fully ripened red berries and chocolate. The wine possesses a fine acidity and an enormously elegant, prolonged finish.

Since 1751, the Ferreira name has always been synonymous with high-quality Portuguese wine. The brand’s history is intertwined with the history of the evolution of the Douro Region (demarcated in 1756) and its port and table wines (Douro DOC). The Ferreira family patriarch – who already owned vineyards that subsequently became a part of the Douro Specified Region – started his business in the mid eighteenth century. However, the company’s foundations stem from the actions of his grandsons, José Bernardo and António Bernardo in the early nineteenth century, when they added considerably to the land they had inherited. The marriage between their offspring, cousins António Bernardo II and Antónia Adelaide, would, in the next generation, consolidate a unique heritage and indelibly mark Ferreira’s future. Maintaining its core values – rooted in quality with its unique collection of estates in the Douro, the company has always supported the best œnological methods to produce excellent wines under one strong brand. These values have carried Ferreira into the 21st century and were instrumental in creating wines such as the legendary Barca Velha in the 1950s. Acquiring Ferreira in 1987 allowed Sogrape Vinhos to immediately assume leadership of the Portuguese Porto wine market. In addition this acquisition enhanced its portfolio with some of the most prestigious Douro table wine brands and enriched its assets with a collection of the most important properties of the Douro Specified Region, such as the Leda, Porto and Caedo estates. Sogrape Vinhos was then able to preserve and enhance Ferreira’s material, historic and cultural heritage: the bond between production and trade, the understanding of tradition in order to modernise, the emphasis on quality as the mainstay of the brand’s prestige.