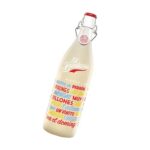 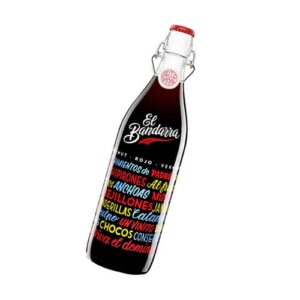 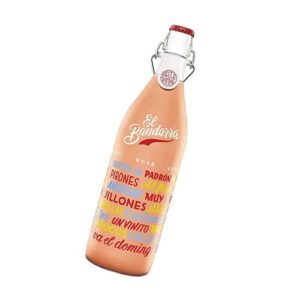 The proper mix of botanicas (roots, plants, flowers and spices) is the key to the aromatization of good vermouth. There are hundreds of products to macerate this liquor. Each trademark usually uses between 50 and 80 different ingredients to make this beverage. A pale-yellow colour with shades of emerald, bright and with an intense aroma and aromatic, soft and pleasant to the palate, with notes of wood, herbs and spices that reminds us the ripe fruit. Balanced and in perfect harmony with vibrant acidity on the finish.

El Bandarra is the brainchild of the Virgili brothers – the 6th generation from the Casa Berger Winery, which was set up in 1878 to the west of Barcelona. For 57 years the family sold their much-loved, craft vermouth in bulk to small neighbourhood cellars before in 2014, the brothers decided to bottle it, brand it and launch it to the world. Vermouth (or Vermut as it is called in Barcelona) has taken Spain by storm in recent years. A brilliant blend of wine, herbs, fruit and botanicals, it is the perfect aperitivo and great for sharing. Fusing heritage with craft production, the Virgili Brothers use their own locally grown and harvested grapes plus a selection of native botanicals to make El Bandarra, using the same recipe that their grandparents created in 1962. The brothers aim was to pay homage to the nostalgic golden age of vermouth in the 50’s, whilst also showcasing the winery’s modern approach, vermouth’s versatility and the ‘good time’ positioning it has garnered among the young and old as ‘Barcelona’s Cocktail’.