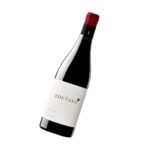 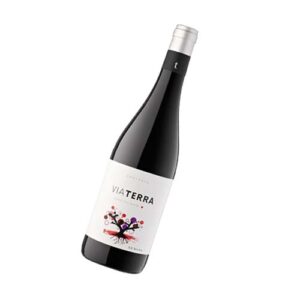 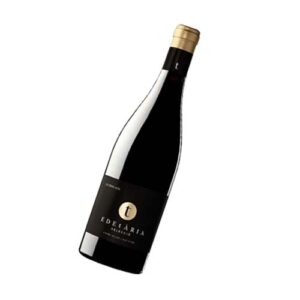 Garnet red in colour. The bouquet shows a combination of aromas, red and sweet fruit combined with spicy notes. The palate shows ample fruity notes loaded with sweetness and accompanied by a fresh acidity and with a terracotta texture. Persistent and spicy finish with ripe, balanced tannins.

Edetària was founded by Joan Lliberia, owner and winemaker, in 2003 with his family vineyards, being the grandson of an oenologist, and the son of a wine grower. Edetaria's wines, both white and red, are receiving year after year +90 ratings and awards. Awarded DO status in 1985, Terra Alta is the most southerly of Catalunya's wine regions located in the province of Tarragona. It is a region which is gradually gaining a reputation for producing some of Spain's most interesting wines from the native Garnatxa Tinta, Cariñena and Garnatxa Blanca. 80% of the production of Garnatxa Blanca wine in Spain originates in Terra Alta. It also has the highest altitude in this area with mountain peaks reaching a height of 3000ft (950m) and vineyards located in the foothills and on valley floors. Edetària, a futuristic cellar built in 2003, is set in a stunning landscape of vineyards, olive groves and mountains in the valley of Gandesa, DO Terra Alta, just south-west of Priorat. It is the personal project of one of the leading lights in Terra Alta, Joan Àngel Lliberia, an agronomist by training and a true lover of the vineyard. His grandfather produced bulk wines, as did his father Angel, an oenologist, who sold his grapes to the local cooperative while he studied winemaking in France for ten years. Joan Angel's hard work has earned him a place among the top producers of Terra Alta, a name with a long winemaking tradition now trying to emulate the quality and commercial success of neighbouring Priorat and Montsant. Edetària are leading the way in these new wave wines by maximising varietal expression, minimalist winemaking, strict vineyard management and low yields. Improvisation and creativity, using experience and intuition, respect for nature and tradition, and the latest technologies in the winery and vineyard, are all key to Joan Angel and his team when developing their wines. Their logo is the letter "t” which stands for "terra" in Catalan and represents the "spirit of the land". Edetària is a Single Estate, only producing wine from its own vineyards.