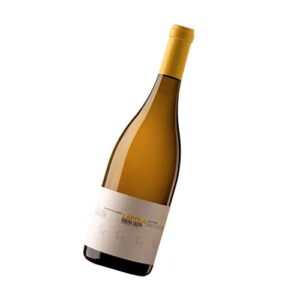 A wonderfully complex bouquet of slate, minerals and a slightly saline quality overlaid with a faint hint of oak, floral notes and a touch of aromatic herbs. The palate has depth and brings white stone fruit, apricot and spice and shows vibrant acidity. The finish is long, precise and mineral.

The Dominio do Bibei winery is crafting wines in a region that was selected by monks to live their lives in prayer and hard work. These valleys that are crossed by the Bibei River were the same valleys that the ancient Romans utilized revolutionary hydraulic engineering to explore the mines of Medulas and Montefurado. These ancient Romans also introduced winemaking in this region. The Bodegas Dominio do Bibei winery in the Ribeira Sacra DO crafts new and elegant wines each year, as every year they add a new grape varietal to their production. All of these grapes are heavily impacted by their Atlantic terroir. The soils at these vineyards where toned by the hands of these winemakers themselves. These vineyards were cut out of steeply sloping hills in a terraced and staggered fashion. The grapevines have ages that vary between 15 years and 100 years of age and they are situated between 1000 and 2,200 feet (300 and 670 meters) above sea level. These soils have a base of granite and slate, little organic matter, and a clay texture. This winery is united in a common belief in this spectacular landscape, its ancient character and, most of all, its capacity to produce Spain’s most distinctive wines.