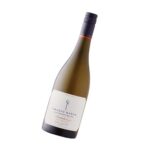 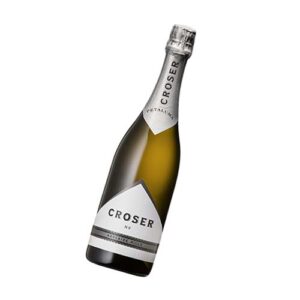 Pale straw colour streaked with vibrant green hues. The bouquet is aromatic, lime and nectarine fruit combine with flint, jasmine and dried herbs for an intense and complex bouquet. The palate’s sweet fruited core is framed by citrus like acidity and gains textural interest via a chalky mineral finish.

The story of Craggy Range began with the desire to create a legacy. What happened next, surpassed even the expectations of the family who started it. When Terry Peabody arrived home from a four-week business trip in the fall of 1986 his wife Mary, and daughter Mary-Jeanne, cooked him dinner. The meal was long and leisurely, but not without purpose. Terry wasn't allowed to leave until he had agreed to go into the wine business. The specification was that the business must never be sold. It was to be a family business, an enduring heritage legacy. That night, Terry made a commitment to the most important people in his life, and he intended to honour it. The search for a winery began traditionally enough - in France and America, spreading then to Australia. Other business brought him to the edge of the world, to New Zealand: a land of mountains, fire and ice - geographically the youngest country in the world – situated in the sweet latitudes for wine growing. When I pictured a life among the vines, I didn't immediately think of New Zealand, but New Zealand was wonderful, because we were interested in clean air, green fields and a culture of care for the land. In New Zealand he saw potential he hadn't seen elsewhere. The country's exceptional climate, the youth of the wine industry and the pioneering spirit of the people aligned with his own philosophy and desire to cut a different path. His ambition was not merely to buy into an existing vineyard or to emulate the greatest examples of wine styles in the world - it was bolder. However the mandate for the future will always continue to focus on producing quality wines.