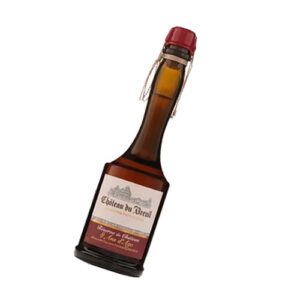 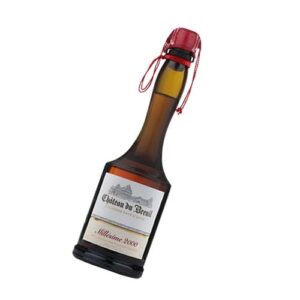 Château du Breuil pays extra special attention when choosing its casks since their quality, size and age play a crucial role in the quality of the ageing process. A full-bodied calvados with a well- balanced aroma and a beautiful amber colour as a result of 20-25 years of ageing in oak casks.

Chateau du Breuil is a relative newcomer to Calvados having been established in 1954. Located in Breuil en Auge, a small town in the Normandy area in the heart of the Calvados region. This region is also noted for its cheeses, butter, cider and Pommeau. Located on the grounds of the national landmark Chateau du Breuil, the distillery itself was originally a cheese factory and the aging warehouse was the stable and carriage house with some breathtaking architecture. It should be noted that Chateau du Breuil produces only Pays D’Auge Calvados which is from a very small and specific area of the Calvados region – roughly the equivalent of the Grande Champagne designation for the finest growth areas in Cognac. Many of the apples used by them are grown in their own orchards and the rest they source from other local growers under contract within this strictly designated area.