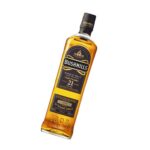 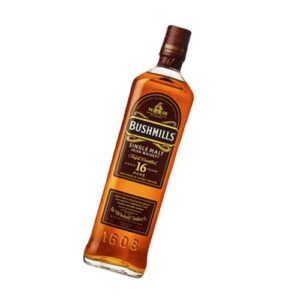 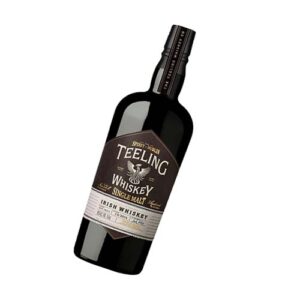 Ireland’s oldest surviving distillery is Bushmills in County Antrim in Northern Ireland. There has been a whiskey still on site since the beginning of the sixteenth century, although Bushmills itself began production in the 1780s. Bushmills is traditional pot-still single malt distiller, which produces six different brands, two malts and four blends: Black Bush, Bushmills 1608, Coleraine and Original Bushmills. Bushmills is a truly unique Single Malt from the oldest licensed whiskey distillery in the world, first licensed in 1608. The pure water used in Old Bushmills flows over the basalt rock which is visible in the spectacular formations of the world famous “Giants Causeway.” The malt is entirely unpeated and thus the smokiness associated with Scotch malt is entirely absent from Bushmills. In addition to this, every drop is carefully distilled three times for purity and smoothness (most malts are distilled only twice). Bushmills is then left to mature for a minimum of ten years in select bourbon oak casks and Oloroso sherry casks. The result is a smooth, rich Single Malt with overtones of vanilla, honey and sherry.