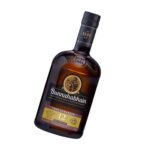 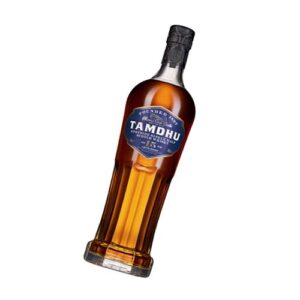 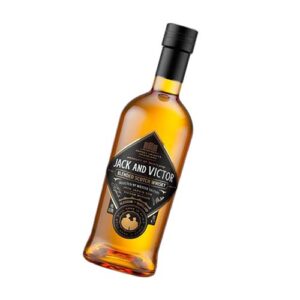 Deep russet gold in colour. The bouquet shows dark berries, citrus and toasted oak which gradually transitions to sweet vanilla and a hint of cinnamon spice. Creamy chocolate, sherry-soaked fruit and a balanced nuttiness give way to cloves, nutmeg and a subtle sea salt spray on the palate. A lingering sweet finish with cherries and a touch of wood spice.

The most remote distillery on Islay, Bunnahabhain sits on the far north-east coast, past Port Askaig and Ardnahoe, only a few miles from the end of the island. Surrounded by shipwrecks and rocky beaches, it is a far-flung and rugged area of the island. Founded in 1881, the distillery sits in the village of Bunnahabhain, established to house the distillery’s workers – a self-contained and isolated place, almost entirely focused on whisky. For years, it was Islay’s least-known whisky, but more recently it has been booming thanks to more attention from the owners on official bottlings and a run of excellent independently bottled drams. While it is best known for its unpeated whisky, produced since their own maltings closed in 1963, it has been producing small amounts of smoky spirit, originally destined for Black Bottle and other blends, for years. The smoky make – named Margadale after a nearby ruined village, once Islay’s busiest trading post – has boosted the distillery’s prominence on Islay and introduced many more drinkers to both its peated and unpeated whiskies.