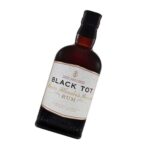 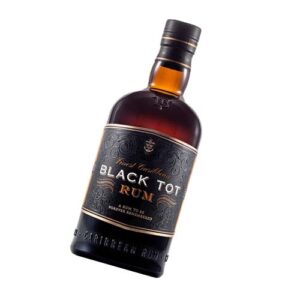 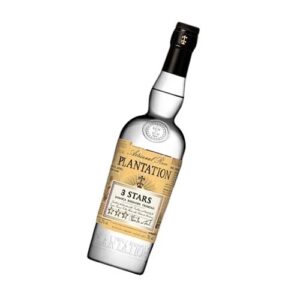 The bouquet shows cinnamon sticks, cooking in brown butter, with nutmeg and cloves. Overripe mangoes and baked bananas, with dusty dark chocolate. More citrus notes build in the glass - satsumas and freshly squeezed navel oranges blend with juicy nectarine and cooked honey. In the background, a dense oily note complements the zesty flavours and merges with herbaceous notes of mint and lemon thyme. The palate brings a huge hit of concentrated orange and mango juice, with fresh mint and golden brown caster sugar. The sweetness evolves into milk chocolate and salted caramel, while the fruit seems to become denser, bringing in flavours of guava and passion fruit. Another sip brings orange blossom, balanced by runny honey. Clementine and mandarin make up a citrus salad, evolving with a pleasing dryness reminiscent of thyme and oregano on the lingering finish.

The British Navy were the original rum blenders, marrying together flavours from around the world to create something served to every sailor, every day. This bottling, celebrating the 50th anniversary of Black Tot Day, is a tribute to their original blend, bringing together some of the great lost rums of the past with the amazing modern distillates of today. With the 50th Anniversary of Black Tot Day, we wanted create something to keep the legacy of the Navy blend alive. Rather than just create a one-off edition our head blender Oliver Chilton, has laid down a rum that will be the foundation of the Black Tot blend for years to come. He incorporated casks from Diamond in Guyana, Trinidad Distillers, Foursquare Distillery in Barbados, and Hampden Estate in Jamaica along with a 42-year-old Port Mourant distilled in 1975, and a 23-year-old Caroni and even rums from the original Navy Rum flagons. A third of this blend, however, has been put aside to become the basis of next year’s Black Tot Anniversary blend. Just as the Royal Navy continually added to their rum blend, evolving the flavour year on year, the Black Tot blend will continue to grow, incorporating the full spectrum of countries around the world.