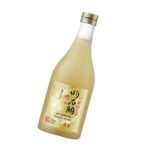 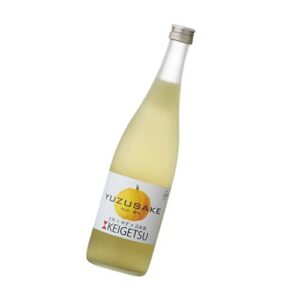 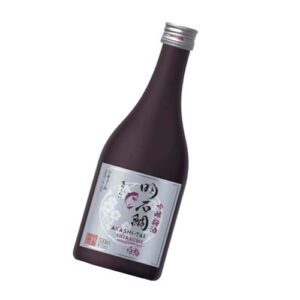 This citrus, fruit forward sake has been infused with macerated yuzu, bringing with it maximum mouth-puckering tartness and a cloudy lemon hue. Light and refreshing on the finish.

The history of Akashi-Tai Sake Brewery Co. stretches back to the end of the Tokugawa Period (1600-1867), when the company produced soy sauce and traded in rice. The company incorporated in 1918, after which it made the most of a geographic location ideal for making fine sake. Over the years, Akashi Sake Brewery has expanded and modernized its sake-brewing activities, and now produces and sells a wide variety of alcohol products. These include premium sakes, several varieties of the distilled spirit Shochu, and the traditional flavouring mirin. The city of Akashi has also grown since its humbler beginnings as a ﬁshing village. But the city is still known throughout Japan for the delicious ﬁsh caught in the fast-moving straits just offshore. In particular, Akashi tai, or sea bream, is esteemed nationwide as the best in Japan. It is this much-lauded ﬁsh from which Akashi Sake Brewery’s premium Junmai sake Akashi-tai takes its name. In brewing its select sakes, Akashi Sake Brewery uses only the choicest ingredients, often produced locally. For example, the company uses the Yamada-Nishiki variety of rice — a superior strain — grown in the region just north of Akashi. We at Akashi Sake Brewery Co., Ltd. pride ourselves on maintaining a traditional handcrafted approach to creating the finest Japanese sake. Brewing superior sake by hand requires artisans to hone all five senses to interact with the natural processes of fermentation and flavour development.